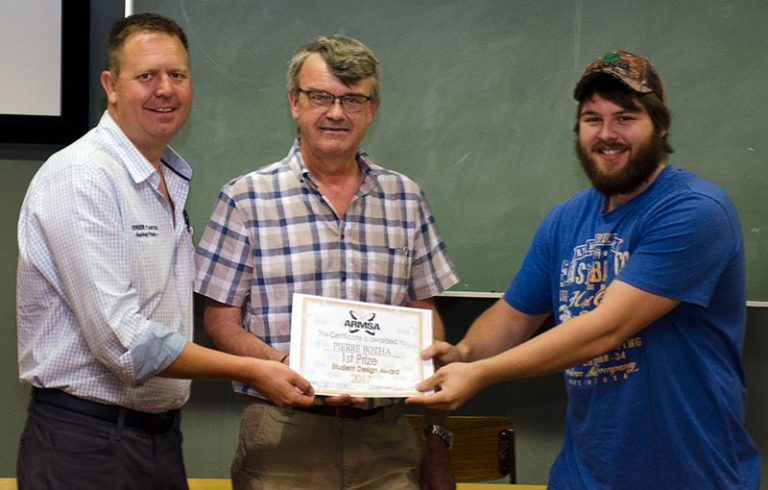 The Sasol sponsored Student Design Competition was started after a visit to the Australian rotomoulding conference in the early 2000’s, where they were running a design competition for students. We thought that it was something which could be done in South Africa through ARMSA, with the initial aim of promoting growth in the local rotomoulding market. Sasol has been sponsoring the competition from inception . Little did we know how things would go, and what a success it would be.

The first problem was where to start. Would it be an open competition or something more targeted. We contacted the lecturers at Technikon Witwatersrand (as it was called then) running the Industrial Design course, and they suggested a project for the second year students. After some teething problems we have reached a point where we are working with the University of Johannesburg, and the Tshwane University of Technology that have a rotomoulding project for their second year students, i.e. rotomoulding is part of the curriculum at these two places, and who participate in the competition.  We aim to expand to work with others centres as well. The lecturers like the project because the brief is much wider than for other projects that they do. For example a brief might be “Design a kettle”, which is quite specific, whereas the brief for this year’s rotomoulding project is “Outdoor Sports and Recreation”. This requires the students to think and research extensively.

The process that we go through each year is the following:

One important thing that we do is to make sure that all the entries are exhibited at the conference. Not all the models are used, in case they get damaged, but all the renderings are displayed. This is important as it showcases the student’s work, but also there may be a moulder who wished to develop the design further with a particular student. Some feedback that we have had from the lecturers is that sometimes where a student has not been doing that well in the year, and they get something out of the competition, then it gives them more enthusiasm for their course.

An innovation introduced this year was that ARMSA sponsored the manufacture of a mould of  the winning design so that a full moulded prototype could be shown at the conference. This proved to be very successful.

One success that we have had with the project is a product designed by Jed Aylmer, who was an industrial design student in 2013 at the University of Johannesburg, and who took part in the competition. Subsequent to graduating, he has started a company and designed a product called the Symba Pediatric Bed which is in use at the Nelson Mandela Children’s Hospital (shown below).

So, if Jed Aylmer had not been exposed to rotomoulding through the second year project, the Symba bed would probably not have been a rotomoulded product. This is exactly what the competition sets out to do, make industrial design students aware of rotomoulding and what can be done with it.

Lastly, ARMSA would like to thank Sasol for their continuous support for this competition, as well as the lecturers at the universities, and the students who have given us some great designs.

Click here to fill in our Membership Application Form.

Scroll back to top